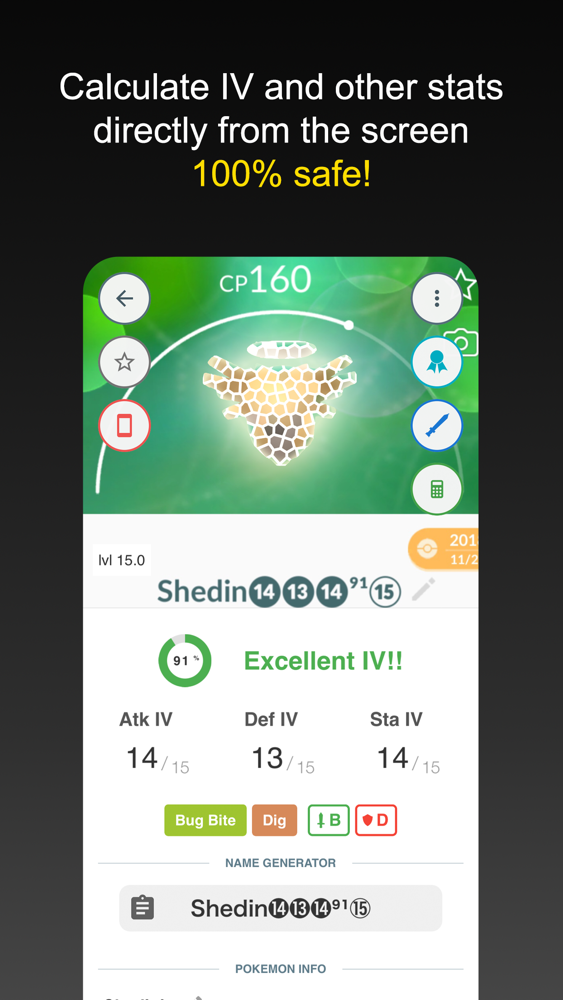 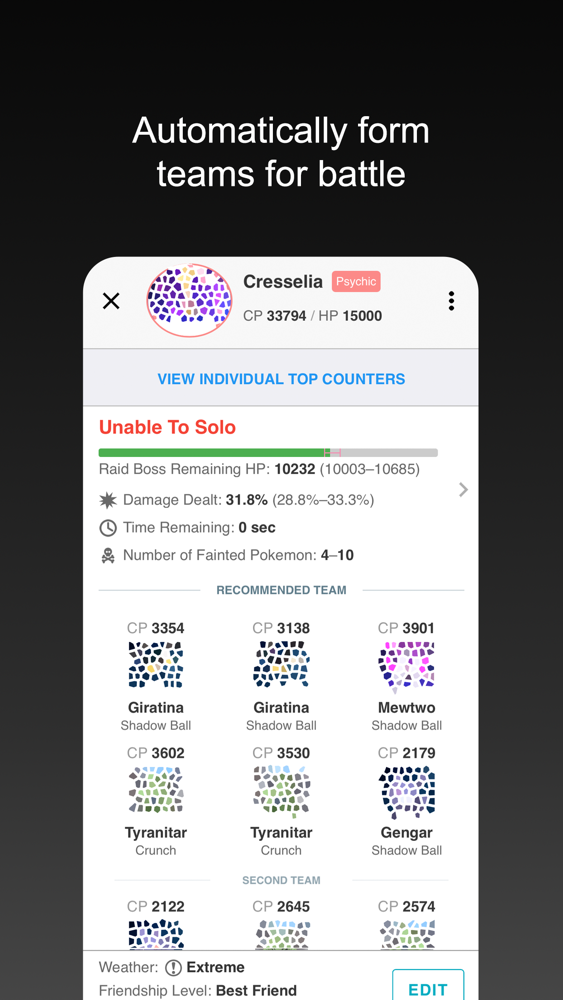 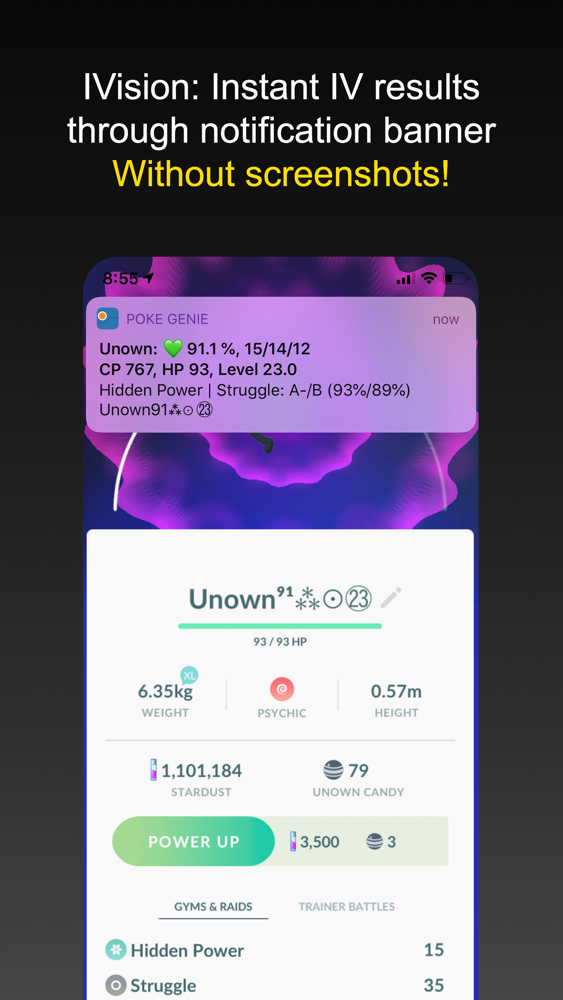 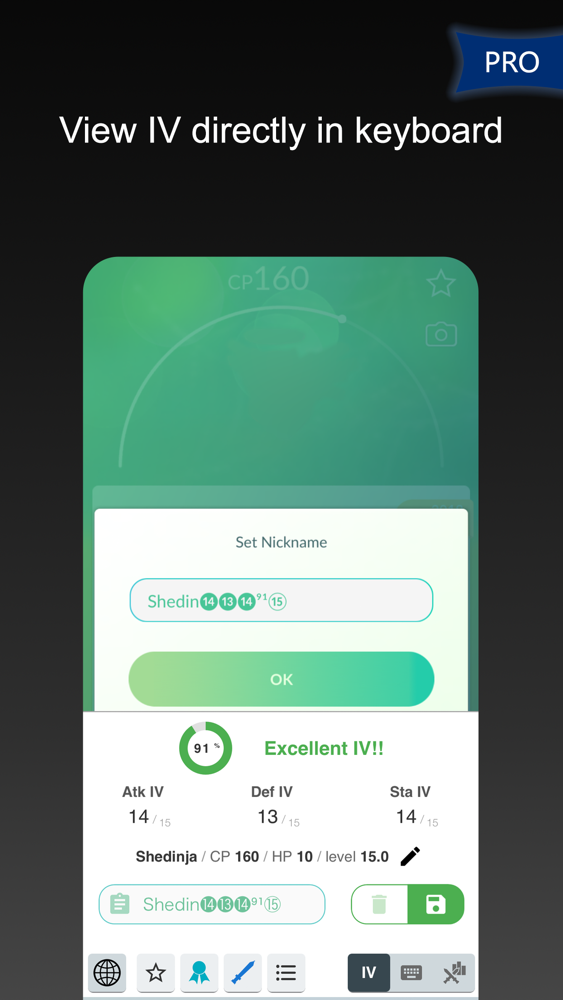 🙫 Automatically align CP arc to calculate exactly the Pokemon level (measured with pixel-level precision to give you the most accurate reading)
🙫 Display all IV combinations as well as IV range
🙫 Simulate power-ups and evolutions
🙫 Display exact CP and HP range as well as dust and candy costs for each power-up and evolution
🙫 Use appraisal results from team leader to narrow down IV combinations
🙫 Keep a history of scan results
🙫 Filter/sort scan results by IV, CP, scan date, and screenshot capture date
🙫 Absolutely safe to use (no login required)
🙫 – Fully functional offline

We are actively improving our scan accuracy. If you find any bugs or have any feature suggestions, please email us at pokegenieinfo@gmail.com.

Did you know? High IV may not be optimal for PvP in Great & Ultra Leagues. The optimal IV for PvP is a very specific combination that maximizes battle performance below the CP limit and is different for each Pokemon. Poke Genie now rates your Pokemon’s PvP IV! Don’t transfer until you’ve checked the PvP IV! Don’t miss those hidden gems.

DISCLAIMER
Poke Genie is a third-party app made by fans and is not affiliated with the Pokémon brand, Niantic, Pokemon Go, or Nintendo.